Rob Dückers, 1972, Roermond (The Netherlands)
Studied Art History at Radboud University Nijmegen and codiology at Leiden University. He specializes in medieval codices and ecclesiastical art, publishing in both fields. He is assistant director of Emerson Col- lege European Center in Well, member of the governing board of the Treasury of the Basilica of St Serva- tius (Maastricht) and advisor of the Cathedral of St Christopher and Roermond Minster art collections. He co-curated exhibitions, catalogues, and seminars (2005: 'The Limbourg Brothers, Nijmegen Masters at the French Court'; 2009: 'Catherine's World. The Hours of Catherine of Cleves').

Jos Koldeweij, 1953, Helvoirt (The Netherlands)
Studied Art History at Utrecht University and took his PhD with his dissertation ‘Der gude sente Servas'. Since 1993 he has been Professor of Medieval Art History at Radboud University Nijmegen, specializing in late-medieval art in North-Western Europe. He curated many exhibitions, a.o. 'In Buscoducis' 'Jheronimus Bosch', 'Faith & Fortune, Medieval Badges from Flanders', and 'Jheronimus Bosch - Visions of Genius'. He initiated Kunera.nl (database on late medieval badges & ampullae), the innovative interdisciplinary Bosch Research and Conservation Project, and published, with Matthijs Ilsink, the catalogue raisonné of Bosch.

Sarah Laseke, 1986, Cologne (Germany)
Studied English Literature at the Rijksuniversiteit Groningen and specialised in Medieval English Litera- ture at the University of Oxford. She is currently working on a PhD at Leiden University. Her research focuses on scribal collaboration in Middle English manuscripts. She is text editor of the Maelwael Van Lym- borch Studies #1. In addition, she is involved with public engagement projects revolving around palaeography and codicology.

Pieter Roelofs, 1972, Druten (The Netherlands)
Studied Art History and Classical Archeology at Radboud University. As Curator of Museum Het Valkhof (Nijmegen) he organised and curated in 2005, together with Rob Dückers, the exhibition, catalogue and seminar 'The Limbourg Brothers: Nijmegen Masters at the French Court 1400-1416'. From 2006 to 2018 he was the Curator of Seventeenth Century Dutch Painting at the Rijksmuseum Amsterdam. He recently curated the exhibition on Johan Maelwael (2017). Since March 2018 Roelofs is Head of Paintings and Sculpture at the Rijksmuseum.

Dieter Röschel, 1955, Krieglach (Austria)
He became a doctor of medicine in 1980, and a dental surgeon in 1986. He studied Art History in Vienna, Berlin, and Bonn, obtained a second PhD in Bonn with his doctoral thesis: Christine de Pizans Epistre Othea – Der Einfluss der Autorin auf die Illustration des Werks (Simbach am Inn: Verlagsbuchhandl. Anton Pfeiler, 2017). Since 1997 he has published papers on illumination, and since 2005 he has published several mono- graphs on illumination in late medieval secular literature. In addition, he has been the co-author of several facsimile editions since 2009.

Patricia Danz Stirnemann, 1945, Seattle (USA)
Studied Art History at Wells College (Aurora, New York) and completed her PhD thesis on the Copenhagen Psalter at Columbia University with John Plummer and (unofficially) with Christopher Hohler at the Courtauld Institute. She specializes in medieval manuscripts from 1100-1500 A.D., with a devotion to the Van Lymborch brothers, on whom she has published extensively. She worked at the Bibliothèque nationale de France for many years, earned a lifetime appointment at the Institut de Recherche et d’Histoire des Textes (IRHT, a laboratory of the CNRS) in Paris, where she directed the section for illuminated manuscripts at the end of her career.

André Stufkens, 1955, Middelburg (The Netherlands)
Studied at the Academy for Visual Arts in Arnhem. He teaches art history, film and photography and has been the director of the European Foundation Joris Ivens since 1997, publishing worldwide about art, documentary film and film history. In 2002 he took the initiative, together with Clemens Verhoeven, to establish the Mael- wael Van Lymborch Foundation of which he was president and director. In 2017 they jointly published Johan Maelwael en de Gebroeders Van Limburg. Grondleggers van de Nederlandse schilderkunst.

Clemens Verhoeven, 1949, Nijmegen (The Netherlands)
Starting out as an educator and a textbook author, Clemens Verhoeven has been an independent writer in the field of art history, cultural, and local history, with many publications, a.o. De Gebroeders van Limburg. Leven, werk en wereld (2005). In 2002 he took the initiative, together with André Stufkens, to establish the Maelwael Van Lymborch Foundation of which he was a board member. In 2017 they jointly published Johan Maelwael en de Gebroeders Van Limburg. Grondleggers van de Nederlandse schilderkunst. 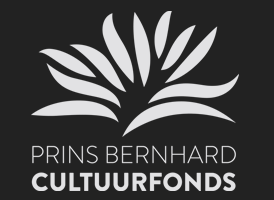